Allergies in children are a common cause of reduced quality of life in the early years. Allergies are getting more common. It is a well-known fact that presence of IgE antibodies to relevant inhalant, food, dust and grass pollen allergens at 2 years STRONGLY PREDICTS THE DEVELOPMENT OF ALLERGY AND ASTHMA

Children are more susceptible to both food and environmental allergies and the consequences thereof. As a result, many times the child is on frequent continuous use of steroid sprays, antihistaminics, and repeated doses of antibiotics. The consequences of allergy include:

With natural exposure to inhaled allergens, small amounts of environmental allergen maintain the patient symptoms, due to the minimal persistent inflammation.

Relief of inflammation is important for the management of both the disorders!

Allergies And The Ear :

" Glue ear " – accumulation of fluid behind the ear is very common in children with allergies. Allergies cause chronic nasal obstruction and adenoid enlargement. This causes blocking of the ventilation of the middle ear, due to Eustachian tube obstruction. (The Eustachian tube connects the nose to the ear… we feel the Eustachian tube functioning when we travel in an aircraft or go in a high speed elevator and feel the pressure changes in the ear). Undiagnosed, it may cause long-term consequences in the form of deafness and disease (Retraction of the drum leads to cholesteatoma and chronic mastoiditis).

In India, in the home environment, mild to moderate hearing loss due to fluid behind the ear drum may not manifest due to loud talking. However, this will cause the child to suffer learning deficiency.

Often, though the tubal dysfunction is diagnosed early in the pediatrician’s office, more often than not the actual ear pressures are not measured. In follow-up, if the patient is clinically better, no further action is taken. However, it is imperative that the treatment and follow up should continue till the patient’s middle ear measurements have come back to normal, otherwise the child would continue to suffer recurrent attacks of ear infection due to residual disease which has remained undiagnosed after the initial treatment due to a lack of symptoms.

Relief of inflammation is important for the management of both the disorders!

Management of allergies in early childhood is critical to prevent allergy and asthma development later on. Children tend to have multiple allergies, causing multiple symptoms due to allergic rhinitis, asthma, eczema and food intolerance.

Primary management is medical, using anti-histaminics and intranasal/inhaled corticosteroid sprays but in cases of severe allergic rhinitis or mild to moderate asthma requiring continuous or frequent intermittent therapy, it may be advisable to consider immunotherapy administered as sub-lingual (below the tongue) drops (SLIT).

It has been demonstrated that SLIT is the only therapy that can modify the natural history of atopic diseases, causing a permanent desensitization towards the responsible allergen and modifying the immune system of the atopic patients, even if until now there is no evidence on a possible prevention role of the same therapy. Its efficacy and safety has been widely demonstrated both in adults and in children.

This is because we may be overusing antibiotics – creating the problem of antibiotic resistance.

Sometimes, middle ear effusion is overlooked in patients with hearing loss, causing lack of attention in classrooms and poor grades in school.

You know your child has adenoids if he has the following symptoms :

The adenoids cannot be seen by looking in the mouth directly, but can be seen with a special mirror or using a flexible endoscope through the nose. Tests may include:

If the child is symptomatic after 6 weeks of conservative management or has recurring episodes (>4) in a year, it may be appropriate to discuss the matter with the paediatric ORL specialist.

Conventional Adenoidectomy is generally performed, but it is a blind procedure and it has its inherent deficiencies.

In our Clinic, we perform adenoidectomy by the latest advancement, ENDOSCOPIC MICRO-DEBRIDER-AND COBLATOR ASSISTED ADENOIDECTOMY. This is the latest and most technological advance for the treatment of adenoids and tonsils. 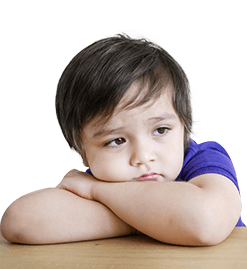 that allergies can be cured naturally.

Call us for any question